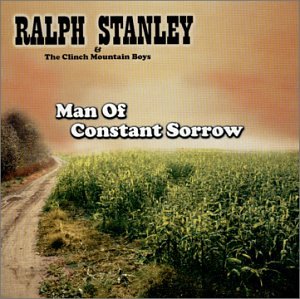 $9.01
As of 2020-09-25 23:59:08 UTC (more info)
Not Available - stock arriving soon
Buy Now from Amazon
Product prices and availability are accurate as of 2020-09-25 23:59:08 UTC and are subject to change. Any price and availability information displayed on http://www.amazon.com/ at the time of purchase will apply to the purchase of this product.
See All Product Reviews

With the release of the Coen Brother's film O Brother, Where Art Thou? which features a re-worked version of Ralph Stanley's "Man of Constant Sorrow" as it musical focal point, now is the perfect time to revisit some of the classic, original Ralph Stanley recordings that have practically defined traditional Appalachian mountain music for over five decades.

Ralph Stanley's half-century-long career received a nice boost late in 2000 with the release of Joel and Ethan Coen's movie O Brother, Where Art Thou? The film prominently featured three tunes from the Stanley repertoire, including the title tune of this stellar anthology (although it's not Stanley's version that's featured in the film). Another is the hillbilly lament "Oh Death," a traditional song that perfectly suits Stanley's high, wavering, mournful voice. Focusing on Stanley's post-Stanley Brothers career, this set serves as a fine introduction to his estimable body of work, including gems like "Goin' Up Home to Live in Green Pastures"--as pretty a country gospel tune as has ever been recorded--"Hard Times," and "Old Richmond Prison." It's an altogether satisfying collection that leaves the listener wanting more. --Gregory McNamee