Lights and Sounds by Capitol 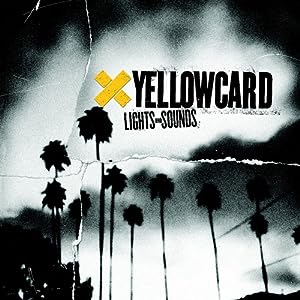 Lights and Sounds by Capitol

$19.95
As of 2023-01-28 05:34:40 UTC (more info)
Not Available - stock arriving soon
Buy Now from Amazon
Product prices and availability are accurate as of 2023-01-28 05:34:40 UTC and are subject to change. Any price and availability information displayed on http://www.amazon.com/ at the time of purchase will apply to the purchase of this product.
See All Product Reviews

Description of Lights and Sounds from Capitol

We are proud to present the excellent Lights and Sounds.

With so many available recently, it is good to have a brand you can recognise. The Lights and Sounds is certainly that and will be a perfect buy.

For this price, the Lights and Sounds comes widely recommended and is a popular choice with lots of people. Capitol have included some nice touches and this results in good value.

Lights and Sounds is a bigger, broader album from their platinum debut album Ocean Avenue, that finds Yellowcard moving away from songs about breakups and onto more expansive themes of artifice, war, and adulthood. The guitars are tougher, the songs more intricate and encompass a wider spectrum of musical styles, which is evident the title track. Capitol. 2006.

Lights and Sounds is a statement of intent: Yellowcard has grown up. Never "just kids" to begin with, the California-by-way-of-Florida quintet tackles thornier subjects than on 2003's Ocean Avenue, while taking a more ambitious approach towards their already proficient musicianship. Sean Mackin's surprisingly well integrated violin playing has always been a big part of their sound, but now they've upped the ante. Their third album doesn't just open with a pretty piano-based instrumental ("Three Flights Up"), but leads to a 25-piece orchestra, along with Natalie Maines of the Dixie Chicks, on "How I Go." It may sound pretentious, but they make the unusual combination (pop-punk plus classical) work. On their second major label effort, Yellowcard comes across as serious to be sure--and this is nothing new--but not pretentious or silly. Affairs of the heart are as important as ever, but charismatic frontman Ryan Key has other matters on his mind. On "Two Weeks from Twenty," featuring Printz Board of the Black Eyed Peas, he sings, "We lost another one that we sent with a gun / They're gonna miss him he was two weeks from twenty." Then on "Words, Hands, Hearts," he laments, "The whole world is different now men have died." No longer bright-eyed teenagers, Yellowcard hasn't lost hope and their compassion remains boundless, but the times have changed, and so have they. --Kathleen C. Fennessy

only $1.64
Not Available
View Add to Cart