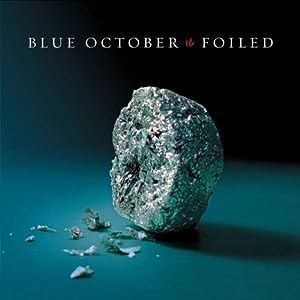 $7.61
As of 2023-02-03 02:07:29 UTC (more info)
Not Available - stock arriving soon
Buy Now from Amazon
Product prices and availability are accurate as of 2023-02-03 02:07:29 UTC and are subject to change. Any price and availability information displayed on http://www.amazon.com/ at the time of purchase will apply to the purchase of this product.
See All Product Reviews

Description of Foiled by Universal/Motown Records

Top40 Music Store are happy to offer the famous Foiled.

With so many on offer recently, it is wise to have a make you can recognise. The Foiled is certainly that and will be a great buy.

For this reduced price, the Foiled is highly respected and is a popular choice amongst most people. Universal/Motown Records have provided some nice touches and this results in great value.

Blue October's release Foiled is a powerful new CD that once again touches on the lyrical landscape that so many other artists haven't the courage to explore. Nothing is left unsaid. What's ugly becomes beautiful, what's sad becomes hopeful, and most importantly the audience and band are connected at every moment, hanging on every word. The exchange between the audience and Blue October is amazing to witness. Universal. 2006.

Texas quintet Blue October has bounced from Houston-based indie darlings to the majors and back twice since their '98 bow. Yet there's little sense they've compromised much of their eclectic, creatively restless ethos in the bargain on this, their fourth studio album (and second major label stint). In the hands of less ambitious musicians, the personally harrowing, perfectly crafted "Hate Me" would have become template for the entire collection; here it's but the most commercially focused of band leader Justin Furstenfeld's eclectic musical obsessions. His taste for early '80s UK New Wave evinces itself in a fondness for lyrical shadows and fleeting sonic echoes of Richard Butler's P-Furs and Peter Gabriel. But it's in the collection's quieter, more reflective songs ("Let It Go" and "Congratulations" turn on Ryan Delahousaye's signature violin phrases; "X Amount of Words" effortlessly morphs through several intriguing techno conceits; "18th Floor Balcony" bristles with an almost neo-classical elegance) where Blue October sets itself a cut above its post-grunge contenders. -- Jerry McCulley