Don't Believe The Truth by Sony 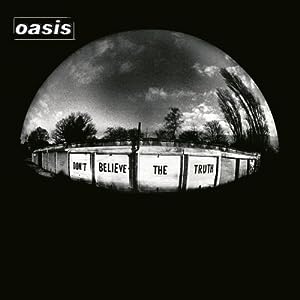 Don't Believe The Truth by Sony

$9.47
As of 2023-02-01 04:26:19 UTC (more info)
Not Available - stock arriving soon
Buy Now from Amazon
Product prices and availability are accurate as of 2023-02-01 04:26:19 UTC and are subject to change. Any price and availability information displayed on http://www.amazon.com/ at the time of purchase will apply to the purchase of this product.
See All Product Reviews

Description of Don't Believe The Truth from Sony

Top40 Music Store are proud to offer the fantastic Don't Believe The Truth.

With so many available right now, it is good to have a brand you can trust. The Don't Believe The Truth is certainly that and will be a superb buy.

For this reduced price, the Don't Believe The Truth is widely respected and is a popular choice with many people. Sony have added some excellent touches and this results in great value.

Oasis albums have always prompted flashbacks--Was that a Beatles melody? Is that chorus on loan from T. Rex? Wait, wasn't that a Crowded House song once? But the mouthy British group's latest really sounds like a pop artifact. Both in production and execution, Don't Believe The Truth feels like an album better suited to 1965 than 2005. From the tambourines and jangling guitars that chime in opening track "Turn Up To The Sun" to the tinny pre-hippie philosophizing of "Keep The Dream Alive," it's an album that thinks the way forward is by looking back. First single "Lyla" borrows its opening swagger from the Rolling Stones' "Street Fighting Man," while "The Meaning of Soul" lifts the Small Faces' mod jitters wholesale. But hack through the clichéd lyrics and worn riffs and the most important element on the follow up to 2002's Heathen Chemistry remains distinctly Oasis' own: Attitude. And in such wonderful abundance, "No one could break us/ No one could take us," they sing. --Aidin Vaziri

Getting Away With Murder by Geffen Recor...