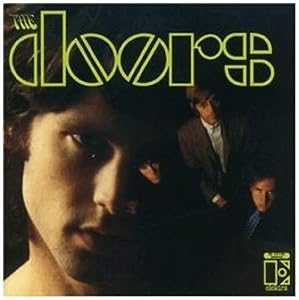 $9.98
As of 2021-09-19 05:09:49 UTC (more info)
Not Available - stock arriving soon
Buy Now from Amazon
Product prices and availability are accurate as of 2021-09-19 05:09:49 UTC and are subject to change. Any price and availability information displayed on http://www.amazon.com/ at the time of purchase will apply to the purchase of this product.
See All Product Reviews

THE DOORS, first released in January 1967, is one of rock music's most famous debuts. It hit #2 in BillboardÂ®, and delivered the #1 signature smash "Light My Fire" plus "Break On Through," "The Crystal Ship," and "The End." In-depth essay by Ben Fong-Torres (a principal Rolling Stone writer during the Doors heyday). Three bonus tracks include alternate takes of "Moonlight Drive" and a previously unissued version of "Indian Summer."

On their 1967 debut album, the Doors more than fulfilled the promise of their infamously challenging gigs around Los Angeles throughout the previous year. Whether belting out a standard like "Back Door Man" or talk-singing such originals as "The Crystal Ship" and "I Looked at You," leather-clad vocalist Jim Morrison exuded both sensuality and menace. The mixture, on the outsize album finale, "The End," helped rewrite the rules on rock song composition. None of this would have worked, though, were it not for the highly visual instrumental work of keyboardist Ray Manzarek, guitarist Robbie Krieger, and drummer John Densmore, whose work on tracks such as "Take It As It Comes" and the lengthy hit "Light My Fire" virtually defined the rock-blues-jazz-classical amalgam that was acid-rock. --Billy Altman

DOORS THE THE DOORS