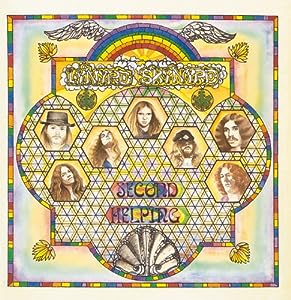 $6.00
As of 2022-09-25 01:40:35 UTC (more info)
Not Available - stock arriving soon
Buy Now from Amazon
Product prices and availability are accurate as of 2022-09-25 01:40:35 UTC and are subject to change. Any price and availability information displayed on http://www.amazon.com/ at the time of purchase will apply to the purchase of this product.
See All Product Reviews

Skynyrd's sophomore album remains their most popular, and now it's been expanded and remastered for this special-edition CD. It's got all the original tracks- Sweet Home Alabama; Workin' for MCA; Swamp Music; They Call Me the Breeze , and the rest-plus three bonus tracks, including a demo of Take Your Time , a previously unreleased version of Was I Right or Wrong and the first reissue of the single version of Don't Ask Me No Questions !

With staples such as "Sweet Home Alabama," "Workin' for MCA," and the J.J. Cale-penned "Call Me the Breeze," Skynyrd's second captures the Jacksonville, Florida, band at the height of its powers, coming off the success of "Free Bird" and "Gimme Three Steps" from their 1973 debut. Backed by a tight rhythm section and the mighty three-guitar attack of Allen Collins, Ed King, and Gary Rossington, singer Ronnie Van Zant (credited in the album notes for "Vocals, J&B") turns in a legendary performance on the urgent blues ballad "I Need You," the cautionary "The Needle and the Spoon," and "The Ballad of Curtis Loew," the story of a young white boy sitting at the feet of an old black Dobro master. Along with Pronounced Leh-Nerd Skin-Nerd and One More from the Road, Second Helping remains Skynyrd's finest hour. --James Rotondi