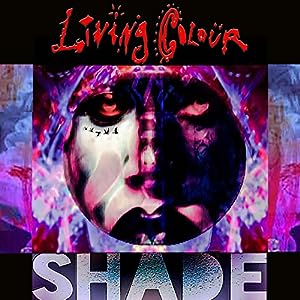 $9.01
As of 2021-07-30 16:26:39 UTC (more info)
Not Available - stock arriving soon
Buy Now from Amazon
Product prices and availability are accurate as of 2021-07-30 16:26:39 UTC and are subject to change. Any price and availability information displayed on http://www.amazon.com/ at the time of purchase will apply to the purchase of this product.
See All Product Reviews

'Shade,' their first album since the critically acclaimed 'The Chair in the Doorway' in 2009, is Living Colour at the height of their creative powers, still experimenting as though they were upstarts instead of seasoned veterans. While the blues served as the foundation for the collection, one shouldn't expect to hear the 'down-home' style that was once the soundtrack of sharecroppers and southern juke joints before the music rode the rails north during the Great Migration. Living Colour's blues incorporate a myriad of influences, while speaking to the politically-charged climate of the times.

'What better way to talk to the world than through the blues?' vocalist Corey Glover asks. 'We recorded 'Preachin' Blues' several times to jump start the project and that got everybody fired up. After that, we were ready. 'Shade,' in its final outcome, is more of a deconstruction of the blues than an interpretation. It was the idiom that gave us our voice.'

Produced by Andre Betts who first worked with Living Colour on their album 'Stain' in 1993 he would spend five years in the studio with the band perfecting the project. Initially introduced to Living Colour by their bassist Doug Wimbish, Betts was more than ready to face the challenge of working with such perfectionists.

'Making records is an art and a process, and sometimes it can be easier to herd cats,' Wimbish laughs. 'But, when it connects and we come together, it's a beautiful thing. 'Shade' is a testimony to who Living Colour is, to our chameleon quality.'

Without a doubt, that quality comes across clearly on the 13-track effort. 'Shade' is a sonic journey that careens from the furor of 'Blak Out,' an old school thrasher that struts with a gangster boogie to 'Program,' a searing, socially-spiked cocktail that nods to the band's iconic hit 'Cult of Personality.' Stand-out tracks such as the acid funk balladry of 'Two Sides' (complete with a guest appearance by George Clinton) and the afro-punk fireworks of 'Glass Teeth,' prove Corey Glover's vocals to be stronger than ever, while Vernon Reid, long acknowledged as one of the most creative guitarists in modern rock, lives up to his reputation on album opener 'Freedom Of Expression (F.O.X.)' and the soul blues of 'Who's That?' Drummer Will Calhoun points to 'Invisible,' which pays homage the late Buddy Miles, among his favorites on the album.

only $8.41
Not Available
View Add to Cart