Muscle Shoals Has Got the Swampers 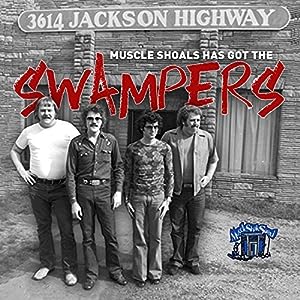 Muscle Shoals Has Got the Swampers

$13.24
As of 2021-06-23 09:14:16 UTC (more info)
Not Available - stock arriving soon
Buy Now from Amazon
Product prices and availability are accurate as of 2021-06-23 09:14:16 UTC and are subject to change. Any price and availability information displayed on http://www.amazon.com/ at the time of purchase will apply to the purchase of this product.
See All Product Reviews

The legendary rhythm section known as The Swampers is having some of their oriinal music released from the vaults of Muscle Shoals Sound Records after having decades go by since they recorded it.

Barry Beckett (keyboards) Roger Hawkins (drums), David Hood (bass), and Jimmy Johnson (guitar) were one of the most respected and sought after session groups from the late 1960's onward.

They are responsible for playing several hit songs during their run including Big Joe Turners "Shake, Rattle and Roll," the Staple Singers "I'll Take You There," and "Respect Yourself," Paul Simon's "Kodachrome" and "Still Crazy After All These Years" and Rod Stewart's "Sailing" and "Tonight's the Night."

The collection of extremely rare music is amazing. This gives music fans a chance to get to know more about one of the session groups that has helped to create music memories, superstars, and massive hits.

The Wild Sound Of Orleans: The Complete ...

only $7.30
Not Available
View Add to Cart