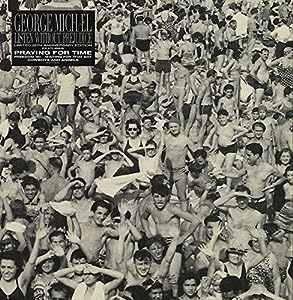 $35.05
As of 2021-06-16 09:35:42 UTC (more info)
Not Available - stock arriving soon
Buy Now from Amazon
Product prices and availability are accurate as of 2021-06-16 09:35:42 UTC and are subject to change. Any price and availability information displayed on http://www.amazon.com/ at the time of purchase will apply to the purchase of this product.
See All Product Reviews

In a career which spanned 35 years, George Michael gave the world the ultimate pop experience with Wham! before going solo and becoming a global superstar. He has sold over 115 million albums worldwide and amassed a series of awards and number 1 albums and singles. This 2CD set includes his ground-breaking album Listen Without Prejudice vol.1, now remastered. CD 2 comprises his captivating MTV Unplugged live show from 1996, showcasing 10 songs from Wham! , Faith, Listen Without Prejudice and Older, available here for the very first time, plus the stunning single Fantasy with Nile Rodgers. The release also features brand new artwork conceptualised by George Michael.

only $8.07
Not Available
View Add to Cart

An Evening with Sutton Foster - Live at ...

only $8.32
Not Available
View Add to Cart