It's a Pony Kind of Christmas 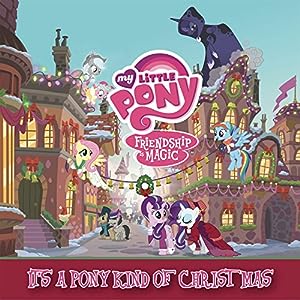 It's a Pony Kind of Christmas

$11.66
As of 2021-06-25 02:00:25 UTC (more info)
Not Available - stock arriving soon
Buy Now from Amazon
Product prices and availability are accurate as of 2021-06-25 02:00:25 UTC and are subject to change. Any price and availability information displayed on http://www.amazon.com/ at the time of purchase will apply to the purchase of this product.
See All Product Reviews

A Pony Kind of Christmas features all of the seasonal classic and original carols from the original version, as well as five brand-new tracks from "A Hearth's Warming Tail," the 2016 holiday episode of Discovery Family's popular My Little Pony: Friendship is Magic animated television series.

The re-edition of A Pony Kind of Christmas features My Little Pony: Friendship is Magic s "Mane 6" and other favorite Pony characters performing beloved holiday classics such as "Jingle Bells" and "Silent Night," as well as the new original tracks "Hearth's Warming Eve Is Here Once Again," "Say Goodbye to the Holiday," "The Seeds of the Past," "Pinkie's Present" and "Luna's Future." All music from the album is written and produced by Emmy Award nominated composer and songwriter Daniel Ingram.

Rogue One: A Star Wars Story

only $6.15
Not Available
View Add to Cart