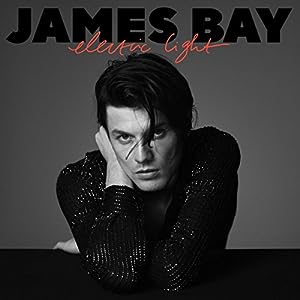 $5.27
As of 2021-07-26 12:39:09 UTC (more info)
Not Available - stock arriving soon
Buy Now from Amazon
Product prices and availability are accurate as of 2021-07-26 12:39:09 UTC and are subject to change. Any price and availability information displayed on http://www.amazon.com/ at the time of purchase will apply to the purchase of this product.
See All Product Reviews

Following the success of his multi-platinum, Grammy-nominated debut album, Chaos & The Calm, James Bay to release highly anticipated album, Electric Light, on 5/18 via Republic Records. Album includes current single ‘Wild Love,’ which recently entered Top 20 at Hot AC radio & continues to gain traction. James will headline a SOLD-OUT US tour, which will launch on 3/25 in Seattle. Additionally, there will be multiple media appearances & performances to support the album, including a major look on Saturday Night Live.

only $3.73
Not Available
View Add to Cart