Year of the Gentleman 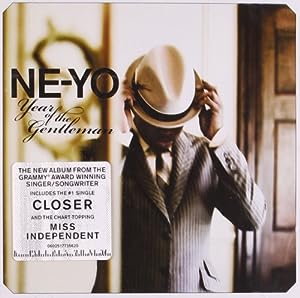 Year of the Gentleman

$4.90
As of 2022-11-18 10:59:45 UTC (more info)
Not Available - stock arriving soon
Buy Now from Amazon
Product prices and availability are accurate as of 2022-11-18 10:59:45 UTC and are subject to change. Any price and availability information displayed on http://www.amazon.com/ at the time of purchase will apply to the purchase of this product.
See All Product Reviews

2008 album from the Grammy Award-winning singer/songwriter. With Year of the Gentleman, the Las Vegas native and premier songwriter has constructed a suite of songs that shows exactly what he means by class. Written over the course of travels through Europe last year and influenced by his own fascination with the Rat Pack, Ne-Yo explains, ''For me, the sharpness of Sammy and Sinatra is the kind of style I strive for in clothes and music. Year of the Gentleman is named in honor of those guys.'' 12 tracks.

If the mark of the skilful Lothario is the one who knows to always tell his lover what she wants to hear, surely Def Jam’s R&B sensation Ne-Yo--aka Los Angeles singer-songwriter Shaffer Chimere Smith--is one of the greatest of them all. On his third album, Year of the Gentleman, Chimere channels his hitmaking talents into a suite of R&B songs that are more respectful than rampant in their approach to the romancing. “Single" is a song that reaches out to all the lonely girls,  Ne-Yo promising, “I'll be your boyfriend til the song goes off," while the Stargate-produced “Miss Independent," lit up by neon synthesizers, suggests Smith isn't too concerned with his own machismo to test out flipping the traditional gender roles, serenading a girl who's a player in her own right: “Everything she got, you bet she bought it." The album is at its best with the central, two-song movement of “Why Does She Stay" and “Fade Into the Background"--the former finding Ne-Yo questioning his own neglectful nature over a backdrop of shimmering keys, the latter a sombre piece that finds our narrator accepting the news that his lover has found another with a rare, heart-rending magnanimity. --Louis Pattison

NE-YO YEAR OF THE GENTLEMAN