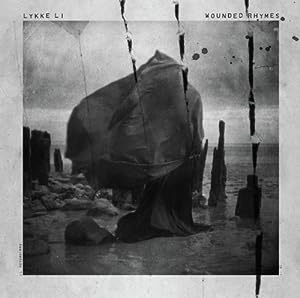 $10.99
As of 2021-04-16 00:07:03 UTC (more info)
Not Available - stock arriving soon
Buy Now from Amazon
Product prices and availability are accurate as of 2021-04-16 00:07:03 UTC and are subject to change. Any price and availability information displayed on http://www.amazon.com/ at the time of purchase will apply to the purchase of this product.
See All Product Reviews

Wounded Rhymes, is one of the most tremendous records you will hear in 2011. Channeling the demise of The Shangri-La's Leader of the Pack, women under the influence, ladies and gentlemen of the canyon, a Kung-fu Marianne Faithful, and an armed Nancy Sinatra on peyote, Lykke Li has created an eleven song album that sounds like no other. The record is packed full of pounding, voodoo drums, girl group gang vocals, sparkling guitar lines, woozy keyboards, love unrequited, hope reignited and her own very powerful voice, sounding bigger and bolder than ever before. From the hazy 60's organ driving opener "Youth Knows No Pain" to the sparse toe-tap-solo-guitar-swing of "Unrequited Love" to rollicking single "Get Some" to the dense drums of the propulsive "Jerome," Wounded Rhymes is a testament to Lykke Li's brilliant musical voice, one unlike any other.

A Hundred Miles or More: A Collection

only $6.86
Not Available
View Add to Cart