Wonder Where We Land (Deluxe 2xLP) 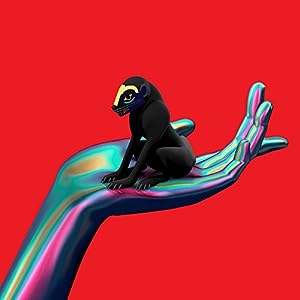 Wonder Where We Land (Deluxe 2xLP)

$27.29
As of 2021-03-31 06:51:22 UTC (more info)
Not Available - stock arriving soon
Buy Now from Amazon
Product prices and availability are accurate as of 2021-03-31 06:51:22 UTC and are subject to change. Any price and availability information displayed on http://www.amazon.com/ at the time of purchase will apply to the purchase of this product.
See All Product Reviews

Since the release of his debut album in 2011, SBTRKT has cemented his role as one of the most acclaimed electronic artists and performers around. What began as praise in his hometown of London has now reached to every corner of the globe.


Wonder Where We Land follows his now critically acclaimed eponymous debut album and a recent series of six instrumentals called Transitions which existed to join the creative dots between the first and second albums. Album sessions began on Osea Island, a tidal island in an estuary off Essex where the winding coastal road is submerged for 8 in every 12 hours. It was here that SBTRKT began the early stages of the recording process, inviting a host of collaborators to join him record throughout the night free from any distraction the tapes continuously rolled, animation was projected on the walls and every creative impulse was documented. Inspired by this new open method of recording, and ready to focus his new found ideas into more intense sessions, SBTRKT visited America armed with a wish list of collaborators to track down. It was here he worked with newcomer Raury, Ezra Koenig from Vampire Weekend, A$AP Ferg and Emily Kokal from Warpaint.