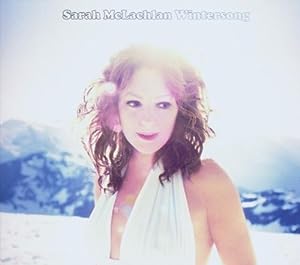 $8.79
As of 2021-09-22 22:20:28 UTC (more info)
Not Available - stock arriving soon
Buy Now from Amazon
Product prices and availability are accurate as of 2021-09-22 22:20:28 UTC and are subject to change. Any price and availability information displayed on http://www.amazon.com/ at the time of purchase will apply to the purchase of this product.
See All Product Reviews

Description of Wintersong by Arista

Top40 Music Store are delighted to present the fantastic Wintersong.

With so many on offer these days, it is good to have a make you can recognise. The Wintersong is certainly that and will be a excellent purchase.

For this great price, the Wintersong is widely respected and is always a popular choice with many people. Arista have provided some excellent touches and this means great value.

Sarah McLachlan 3-time Grammy and 8-time Juno Award-winning multi-platinum McLachlan, who has sold over 30 million records around the world, usher in the spirit of the season with the release of her first holiday album, Winstersong recorded in her home studio in Vancouver, Sarah McLachlan presents these classic songs on Winstersong with a unique twist, making them her own and translating them into her repertoire. These recordings are not simply traditional holiday fare. Instead, Winstersong could be considered the soundtrack to a blustery winter day. The album opens with her version of John Lennon's timeless declaration of peace from 1971, "Happy Xmas (War is Over)." John and Yoko and the Plastic Ono Band originally recorded the song with the Harlem Community Choir, and Sarah is also joined by a choral group -- a children's choir of students from the music school she personally funds and oversees in her hometown of Vancouver. Another highlight of the new album is Sarah's version of "River" from Joni Mitchell's 1971 Blue album ("It's coming on Christmas, they're cutting down trees..."). The title track Wintersong was written by Sarah specifically for this album. On this recording, she also pays homage to Gordon Lightfoot with his 1975 "Song For A Winter's Night." From the American standard songbook, Sarah has chosen "I'll Be Home For Christmas" and "Have Yourself A Merry Little Christmas." The program is rounded out with the traditional "What Child Is This (Greensleeves)," "O Little Town of Bethlehem," "Silent Night," the classically flavored "In A Bleak Mid Winter," and a medley of "The First Noel/ Mary Mary." In addition, Wintersong features guest appearances from Diana Krall on piano on "Christmas Time Is Here" from the 1965 Charlie Brown Christmas cartoon and fellow Canadian Jim Creegan of Barenaked Ladies guests on double bass throughout the album.

An album like this could cement Sarah McLachlan as a middle-of-the-road crooner ready for the Andy Williams Christmas Show, but there's more beneath the surface of Wintersong than just Christmas chestnuts, over-roasting on an open fire. Longtime McLachlan producer Pierre Marchand blurs the borders with ambient sound effects, distorted guitars, and subtle echoes. He adds a Mark Isham-esque muted trumpet solo emerging out of reverse echoes on "I'll Be Home for Christmas" as if viewing the song through a distorted mirror. Violins that sound like they're being blown through a Leslie speaker combine unpredictably with a banjo on "O Little Town of Bethlehem." And on the seventh song, McLachlan finally kicks the album into another gear, turning "The First Noël" into a storming entreaty backed by tribal drums and surging low strings. Her voice is like the serene angel amidst the raging storm. I wish McLachlan had taken more chances like this, instead of the subtle framing she employs around melodies that remain true to form. Surprisingly, the more contemporary songs by John Lennon, Joni Mitchell, and Gordon Lightfoot are the least inventive. Her reading of Mitchell's incandescently wistful "River" is overly faithful to the original, and Lennon's "Happy Xmas (War Is Over)" sounds like karaoke, right down to the Spector-esque production and children's choir. But given that Lennon's prayer for peace still remains unanswered, that fidelity could be intentional. Regardless, this is familiar Christmas fare delivered in an intimate and ethereal fashion that will satisfy those who believe in the nostalgic spirit of the season. --John Diliberto

only $2.01
Not Available
View Add to Cart