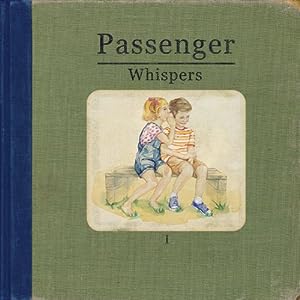 $9.80
As of 2022-11-29 12:23:25 UTC (more info)
Not Available - stock arriving soon
Buy Now from Amazon
Product prices and availability are accurate as of 2022-11-29 12:23:25 UTC and are subject to change. Any price and availability information displayed on http://www.amazon.com/ at the time of purchase will apply to the purchase of this product.
See All Product Reviews

Mike Rosenberg, aka Passenger, has announced that his new album, Whispers, will be released on June 10, 2014. Whispers is the follow up to 2012’s All The Little Lights, which featured the international hit single and 3x Platinum “Let Her Go.”

Recorded in Sydney and co-produced by Chris Vallejo, Whispers is comprised of 11 tracks that tell tales – some real, some imagined – of love, death, growing up and getting old. A master of story telling, Passenger yet again strikes the perfect balance between the heartbreaking and the humorous, all wrapped in beautiful instrumentation, creating a sumptuous, symphonic sound.

“This is easily the most ‘up’ album I’ve ever made,” explains Passenger. “It’s quite cinematic. There are lots of big stories and big ideas. There are also some somber moments about loneliness and death but, hey, it wouldn’t be a Passenger album without those. Mostly though, it’s a really positive album.”

Lead single “Scare Away The Dark,” which is already a fan favorite at live shows, presents listeners with a different side of Passenger than the one they’ve come to know from international smash single “Let Her Go.” It’s a riotous rant about technology taking over our lives, calling on listeners to seize the moment and embrace life. Though he didn’t realize it at the time, title track“Whispers” captures the chaos in Passenger’s head as “Let Her Go” began to snowball. “Heart’s On Fire” is the album’s grandest love song, starting sparse on finger picked guitar and building into a dramatic, passionate, strings-soaked plea to the person you can’t get out of your head.