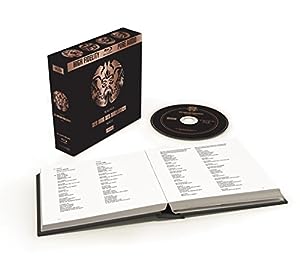 Not Available - stock arriving soon
Buy Now from Amazon
Product prices and availability are accurate as of and are subject to change. Any price and availability information displayed on at the time of purchase will apply to the purchase of this product.
See All Product Reviews

Containing Wagner s libretti, this audiophile edition offers something that is the supreme sound experience of what is generally acknowledged to be the greatest version of Wagner s supreme masterpiece.

Sir Georg Solti s recording of Wagner s epic music-drama Der Ring des Nibelungen was a recording project on a scale without precedent and the first-ever studio recording of Wagner s masterpiece. Recorded between September 1958 and November 1965, it was masterminded by legendary producer John Culshaw and his technical team under the direction of chief engineer Gordon Parry. This massive undertaking set new standards in both opera recording and the possibilities of the effective and imaginative use of stereo.
The combination of Sir Georg Solti and the Vienna Philharmonic with an international cast of the greatest Wagnerian singers available resulted in a recording which was greeted with unprecedented enthusiasm and rave reviews and which quickly won numerous international awards.

Mussorgsky: Pictures at an Exhibition, A...