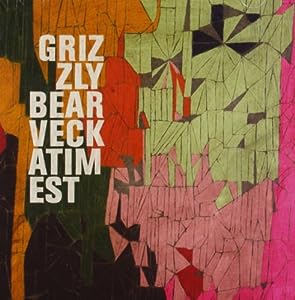 $6.67
As of 2021-06-10 19:32:17 UTC (more info)
Not Available - stock arriving soon
Buy Now from Amazon
Product prices and availability are accurate as of 2021-06-10 19:32:17 UTC and are subject to change. Any price and availability information displayed on http://www.amazon.com/ at the time of purchase will apply to the purchase of this product.
See All Product Reviews

Grizzly Bear released Yellow House in 2006. It was a slow, steady and stunning ride, and given the album s otherworldly charm and staying power, it s hard to believe three years have gone by.

That might seem like a long time. But given Grizzly Bear s hectic touring schedule, including stints with Radiohead, TV On The Radio and Feist as well as several performances during a five-night tribute to Paul Simon at the Brooklyn Academy of Music, a co-headlining show with the L.A. Philharmonic, and the release of Friend, a 10-song EP of re-recorded and re-worked songs, collaborations and covers all this seems reasonable. They ve been busy.

But about a year ago, singer/songwriter Ed Droste, drummer Christopher Bear, woodwinds player/bassist Chris Taylor and singer/songwriter/guitarist Daniel Rossen who s other band, Department of Eagles, released the sublime In Ear Park last fall began passing demos around, and working together creatively in different pairs and permutations. A few months later they set off with producer/engineer Chris Taylor s mobile recording rig to begin the recording process for Veckatimest, which would unfold over the next six months in three very singular locations. And in many ways, it is the recording process that reveals this record each space catalyzing different interactions, inspirations, and ultimately, songs.

In July, the band spent three weeks at the Glen Tonche house in upstate New York. Though still finding their feet, much of the album s groundwork was laid there. After breaking briefly for the Radiohead tour in August, the band convened at a house on Cape Cod, graciously provided by Droste s grandmother, where they re-addressed and solidified the compositions they d started at Glen Tonche. Lastly, Grizzly Bear came home, to a church in NYC, to fine-tune and complete the album named Veckatimest after a tiny, uninhabited island on Cape Cod that the band visited and was inspired by, particularly liking its Native American name. Artist William O'Brien created Veckatimest s colorful, hand drawn artwork a perfect compliment to the album s enigmatic title.

There is an unbelievable clarity of sound and vision to Veckatimest: vocals (a duty shared by all band members) are sharper and more complex, arrangements are tighter, production is more venturous and lyrics more affecting. Having opened the creative dialogue at such an early stage, Grizzly Bear was able to realize these 12 songs together as a band, making it their most collaboratively compositional album to date.
This yielded an unexpected mix of material that feels more confident, mature, focused and most of all, dynamic. From songs like 'Dory' (a gracefully psychedelic, ever-evolving work),'Ready Able' (a synth-y opus, and one of four songs that boasts string arrangements by composer Nico Muhly) and 'Foreground' (a plaintive, vocal-driven send-off, and one of two songs to feature choral arrangements also by Muhly) to more resounding pop songs like 'Two Weeks' (an other-worldly doo wop featuring backing vocals from Beach House s Victoria LeGrand) and 'While You Wait For the Others' (a triumphant and melodically cacophonous pop masterpiece), Veckatimest is an album of the highest highs and lowest lows an unbelievably diverse collection of songs that celebrates the strength of each band member, and the power of the whole. It was well worth the wait.

Grizzly Bear’s third album is a modern masterpiece of chamber-pop music, comprised of lush, smooth songs that beautifully evoke the New England seaside where it was recorded. On the sublime “Cheerleader,” drums patter and guitars gently reverberate as frontman Ed Droste muses, “Maybe this time we’ll grow.” That much is true--as spectacular as was the group’s previous effort, Yellow House, the songs of Veckatimest flow together much more exquisitely, a gulf stream of intricate arrangements and lyrical harmonies. While the terrific singles have justifiably received much attention--“Two Weeks” begins with a plinking piano intro before dropping into the sweetly swooning melody; the guitar and vocals of “While You Wait for the Others” start and stutter before launching into the dazzling chorus--it’s the slow-burning songs like “All We Ask” and “Ready, Able,” shimmering with madrigal-esque vocal rounds, that lend the record a certain eminence. The album ends on such an august note; “Foreground" is one of the best closing tracks in recent memory. As the piano quietly cantillates, Droste sings, “Something about this might / Take all evening.” It’s a song of twilight, a farewell bid to the burst of summer and light that is Veckatimest.  --Erin K. Thompson

The Time-Life Treasury of Christmas

The Greatest Ragtime Of The Century