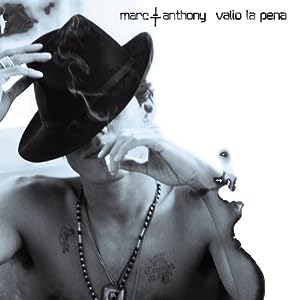 $4.70
As of 2022-09-28 09:23:13 UTC (more info)
Not Available - stock arriving soon
Buy Now from Amazon
Product prices and availability are accurate as of 2022-09-28 09:23:13 UTC and are subject to change. Any price and availability information displayed on http://www.amazon.com/ at the time of purchase will apply to the purchase of this product.
See All Product Reviews

Singer/songwriter Marc Anthony gets back to the basics here, rewarding his main fanbase by recording salsa versions of the Spanish-language pop ballads on his Amar sin Mentiras CD. Beyond "Lamento Borincano," the old folk-salsa standard by the legendary Puerto Rican songwriter Rafael Hernandez, there isn't anything new. The other seven tracks are simply horn-fueled and percussion heavy retakes. But even those who already have Amar can find new juice here. Valio La Pena vibrates with new sonic urgency as Anthony describes the risks sometimes necessary in finding romantic happiness. The pop version of "Ahora Quien" was dramatic and anthemic. Here, it's speeded up and filled out with melodic pianos and horns. Even "Escapemonos," the tepid duet with actress/singer Jennifer Lopez, gets a recharge in the salsa version thanks to percolating percussions. Anthony's strength is his strong, plaintive vocals. On ballads he's ok, but it's in fiery salsa tunes where the music and the vocals really complement each other. Did we really need two Anthony CDs? Probably not, but his hardcore salsa fans will appreciate the extra effort. --Ramiro Burr