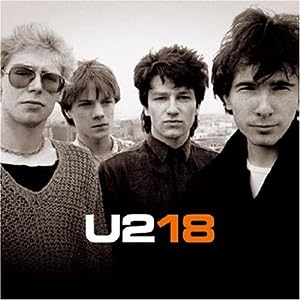 $34.03
As of 2023-01-19 01:01:08 UTC (more info)
Not Available - stock arriving soon
Buy Now from Amazon
Product prices and availability are accurate as of 2023-01-19 01:01:08 UTC and are subject to change. Any price and availability information displayed on http://www.amazon.com/ at the time of purchase will apply to the purchase of this product.
See All Product Reviews

Description of U218 Singles [CD/DVD Combo] by Interscope Records

Top40 Music Store are proud to offer the brilliant U218 Singles [CD/DVD Combo].

With so many on offer today, it is good to have a make you can trust. The U218 Singles [CD/DVD Combo] is certainly that and will be a perfect buy.

For this great price, the U218 Singles [CD/DVD Combo] is highly respected and is always a regular choice for lots of people. Interscope Records have provided some nice touches and this results in great value for money.

Deluxe two disc (CD + DVD) edition of this collection that spans the band's entire 26 year career featuring a bonus DVD containing 10 music clips. The CD includes 16 of the bands best known songs. Two brand new tracks have been recorded for the album: 'The Saints Are Coming', a collaboration with Green Day, which is the album first single, and second single, 'Window On The Sky'. Both tracks are produced by Rick Rubin.

Whittling down the back catalog of one of the most popular and respected bands of the last quarter-century to a single-disc collection is bound to inspire argument and dissent from the fans and faithful over what is included--and all that gets left behind--and U2's 26-year career is as celebrated and beloved as any band of their generation. U218 Singles doesn't try to please everyone, wisely sticking to the acknowledged high points (and there are many) between 1983's War and 2004's How to Dismantle an Atomic Bomb. Nitpickers may quibble that the collection leans too heavily on the band's most popular albums and skips the (admirable if less anthemic) techno-pop tangents of Zooropa and Pop and the earnest energy of the Boy/October years, but the musical majesty accumulated here testifies to the undeniable power and emotion U2 can muster in a four-minute pop song. Two new Rick Rubin-produced tracks don't break new ground for the band, but both would fit snugly somewhere in the U2 canon--"Window in the Skies" is pure late-period arena rock with a typically towering falsetto chorus, while Green Day helps inject some October-era urgency into "The Saints Are Coming". The sum of these 18 tracks is a first-rate primer, perfect for that 10-year-old niece or nephew who thinks U2's big break was that iPod commercial. --Ben Heege

I Am Easy To Find

s of the World [Vinyl]