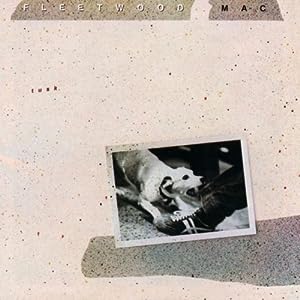 $23.75
As of 2022-11-21 05:15:24 UTC (more info)
Not Available - stock arriving soon
Buy Now from Amazon
Product prices and availability are accurate as of 2022-11-21 05:15:24 UTC and are subject to change. Any price and availability information displayed on http://www.amazon.com/ at the time of purchase will apply to the purchase of this product.
See All Product Reviews

A liner portrait of the big Mac, then coming off the commercial bonanza of Rumours, shows them looking anxiously at guitarist, singer, songwriter, and de facto auteur Lindsey Buckingham, a moment given weight by the sprawling ambitions behind this 1979 double album. Buckingham's superb sense of pop craft had catapulted the once blues-based rockers into multiplatinum ubiquity, and he responded not with a safe return to form but with an invitation for his songwriting partners to chase their respective muses. Comparisons to the Beatles' White Album abounded and remain apt: Stevie Nicks twirls dreamily through extended variations on her crystal visions, Christine McVie turns in a reliably fine set of sunny pop-rock cruisers and tender ballads, and Mick Fleetwood and John McVie sustain their reputation as one of rock's most powerful yet deft rhythm sections. Buckingham provides the wild cards, in largely self-recorded plunges into his own skittish psyche, culminating in the massive title song, beefed up by the University of Southern California's marching band, but more cannily in dreamy music-box exercises ("That's All for Everyone") and sudden bursts of gonzo, fuzz-toned rock ("That's Enough for Me"). Better than its detractors thought upon release, Tusk was a brave platinum "failure" that actually charts where subsequent Mac and Buckingham projects would go. --Sam Sutherland

Anthology: Through the Years by Mca

The Very Best of Cream