Tracks of My Years 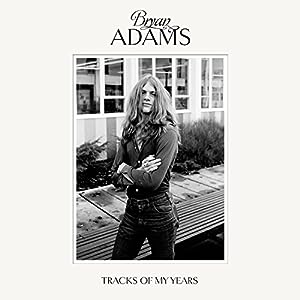 Tracks of My Years

$8.50
As of 2021-04-19 21:38:45 UTC (more info)
Not Available - stock arriving soon
Buy Now from Amazon
Product prices and availability are accurate as of 2021-04-19 21:38:45 UTC and are subject to change. Any price and availability information displayed on http://www.amazon.com/ at the time of purchase will apply to the purchase of this product.
See All Product Reviews

Multi-platinum recording-artist Bryan Adams has announced the release of his new covers album, Tracks Of My Years , a diverse collection of time honoured classics from the 50 s, 60 s and 70 s.
The album will be released September 30th and features a wide range of influential musical styles, from Chuck Berry's "Rock & Roll Music", Ray Charles' "I Can't Stop Loving You" to the Beatles' "Any Time At All". The album will also include a brand new track entitled, She Knows Me co-written with his long-term writing partner Jim Vallance. The Adams/Vallance partnership was responsible for many of Bryan s classic hits including Heaven , Summer of 69 and Run To You .
"Making the selection of the songs for the album took a long time" noted Bryan. "We recorded all kinds of songs until the songs sort of presented themselves, or sounded different enough from the originals. We did about 3 months of recording, spread out over the course of 2 years. Radio was king when I was a teenager," Adams reflected, "you'd hear McCarney's "Admiral Halsey" straight into "Kiss and Say Goodbye" by the Manhattans. Radio didn't discriminate back then".
"Tracks of My Years" is an eclectic mix of songs reflective of the time when rock was played alongside pop, country and R&B, and follows Adams critically acclaimed acoustic album, 2010 s "Bare Bones", a release that resulted in sold out shows across Europe, North America, Australia and South Africa.