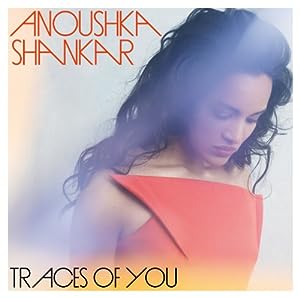 $11.27
As of 2022-11-28 14:09:01 UTC (more info)
Not Available - stock arriving soon
Buy Now from Amazon
Product prices and availability are accurate as of 2022-11-28 14:09:01 UTC and are subject to change. Any price and availability information displayed on http://www.amazon.com/ at the time of purchase will apply to the purchase of this product.
See All Product Reviews

Traces of You, featuring three new songs with Norah Jones!

After the great success of her DG debut Traveller which spent 6 weeks in the top 10 of the Billboards World Music chart and received a Grammy nomination, Anoushka Shankar returns with another outstanding recording: Traces of You, featuring three new songs with her half-sister, Norah Jones.

Produced by British composer and multi-instrumentalist Nitin Sawhney, Traces of You features contributions by Anoushkas longtime associates: tabla genius Tanmoy Bose, flutist Ravichandra Kulur, and percussion wizard Pirashanna Thevarajah. Other highlights are a musical exploration of the unique sound of the Hang drum, played by its foremost exponent, Manu Delago.

SHANKAR ANOUSHKA TRACES OF YOU

An Italian Night - Live from the Waldbüh...