Together (US Version) from Columbia 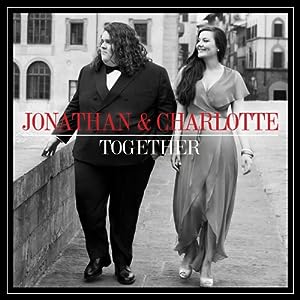 Together (US Version) from Columbia

$9.47
As of 2023-02-05 08:35:10 UTC (more info)
Not Available - stock arriving soon
Buy Now from Amazon
Product prices and availability are accurate as of 2023-02-05 08:35:10 UTC and are subject to change. Any price and availability information displayed on http://www.amazon.com/ at the time of purchase will apply to the purchase of this product.
See All Product Reviews

Description of Together (US Version) by Columbia

We are delighted to present the famous Together (US Version).

With so many on offer right now, it is great to have a brand you can recognise. The Together (US Version) is certainly that and will be a excellent buy.

For this reduced price, the Together (US Version) comes highly respected and is always a regular choice with most people. Columbia have added some excellent touches and this results in good value for money.

Together is the debut album from Jonathan & Charlotte, the duo who shot to fame on the hit TV show Britain's Got Talent with their dazzling rendition of "The Prayer." Jonathan Antoine, 17 with his tenor vocals and Charlotte Jaconelli, 16, with her poised soprano surprised the audience and judges with their show-stopping performances during the phenomenally successful sixth series of Britain's Got Talent.

Jonathan Antoine sings with the rich tenor of a world-class opera star; in fact, his fans have already dubbed him "the British Pavarotti." He and his singing partner and close friend Charlotte Jaconelli were originally paired a few years ago by their music teacher, who thought their voices would complement each other. At her suggestion, they sang "The Prayer" for their music class final (they got an "A") and the teacher was so impressed she later requested that they sing it at her wedding.

"Together" sees the duo join forces with acclaimed producer Graham Stack, who has worked with stars like Kylie Minogue, Tina Turner, LeAnn Rimes, Take That, Natalie Cole and Rod Stewart.
The album features stunning hits, "Ave Maria" and "Canto Della Terra." Jonathan & Charlotte also fearlessly take on iconic pop songs including Take That's "Rule The World" and Muse's "Unintended," giving them a new identity. The album also features the two songs they sang during the televised competition last May: "The Prayer," originally sung by Andrea Bocelli and Celine Dion, and "Caruso," the heartbreaking love song that became a trademark of the late superstar tenor Luciano Pavarotti. Also on the album are covers of some of Jonathan and Charlotte s favorite songs from all different genres including "Everybody Hurts" (originally recorded by REM), "Somewhere" (from the musical West Side Story), and "Your Song," by Elton John.

The Rebirth of Kirk Franklin