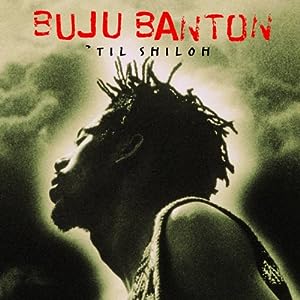 $9.01
As of 2023-01-25 09:55:21 UTC (more info)
Not Available - stock arriving soon
Buy Now from Amazon
Product prices and availability are accurate as of 2023-01-25 09:55:21 UTC and are subject to change. Any price and availability information displayed on http://www.amazon.com/ at the time of purchase will apply to the purchase of this product.
See All Product Reviews

When Buju Banton emerged from the Kingston, Jamaica, slums in the early '90s, he stirred controversy with a breed of dancehall steeped in the same obsessions with gunplay, sexism, and homophobia that characterized hardcore American hip-hop. But after converting to Rastafarianism and scratching to find more socially conscious and deeply rooted music on 1993's Voice of Jamaica, Banton (born Mark Myrie) proved that his conscience and creative restlessness are driven by more than mere commercial shrewdness on this album, his true breakthrough. Banton sounds like a changed man from the get-go. The spiritually uplifting title prologue segues into a chuckle and the resignation of "'Til I'm Laid to Rest." While Banton ruminates on everything from love and spirituality to geopolitics, his electro dancehall clichés have largely given way to organic, often spiritual music whose African influences are worn as a badge of honor. Banton has been credited with reinventing dancehall here, and it's hard to argue otherwise. His gruff voice bounds from its previous monotonous rap ruts into a warm and joyous newfound expressiveness that lights up the infectious "Murderer," the fatalistic "Not an Easy Road," and the party-time "Hush Baby Hush" (a reworking of the Zodiacs chestnut "Stay"). Banton even finds some folksy resonance with the acoustic-guitar backed "Untold Stories." Guest vocalists Garnett Silk ("Complaint") and Wayne Wonder ("What Ya Gonna Do") add some contemporary R&B touches to Banton's already considerably expanded sense of dynamics. This remastered reissue features three bonus cuts: the B-sides "Rampage" and "Sensemilia Persecution" and a previously Jamaica-only remix of "Champion." --Jerry McCulley

Junjo Presents: The Evil Curse of the Va...