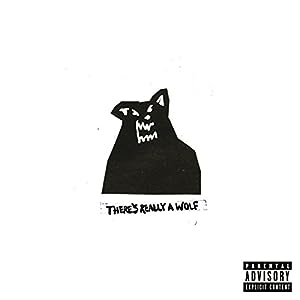 $7.18
As of 2020-09-19 11:01:50 UTC (more info)
Not Available - stock arriving soon
Buy Now from Amazon
Product prices and availability are accurate as of 2020-09-19 11:01:50 UTC and are subject to change. Any price and availability information displayed on http://www.amazon.com/ at the time of purchase will apply to the purchase of this product.
See All Product Reviews

There's Really A Wolf is the major label debut album from Russ, the Atlanta-based DIY rapper and producer. The 20-track album is available both digitally and physically. The collection features the Gold-certified, Billboard Hot 100-charting breakthrough track "What They Want" and the second smash radio track "Losin Control," in addition to many other future hits.

For 10 years, Russ has been doing it all himself. A self-proclaimed "DIY pioneer," Russ produces, mixes, masters, engineers and writes all of his own music. His strong vision and self-belief has resulted in two Top 15 radio hits, and millions of online plays of his vast catalog of material.

After five tours performing to a continuing building audience, his music is now sung word for word by his dedicated fan base at sold-out shows across the globe. This year his sixth tour will include appearances at summer festivals including Bonnaroo, Hangout, Boston Calling and Oseahga.

Acknowledged as one of the top artists to watch in 2017, There's Really A Wolf will become one of the breakthrough albums of the year.

The Plugs I Met

only $8.35
Not Available
View Add to Cart