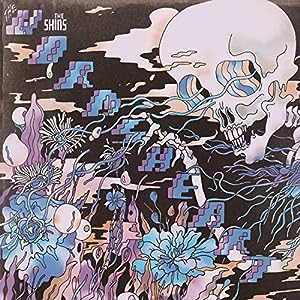 $4.93
As of 2021-02-14 08:18:10 UTC (more info)
Not Available - stock arriving soon
Buy Now from Amazon
Product prices and availability are accurate as of 2021-02-14 08:18:10 UTC and are subject to change. Any price and availability information displayed on http://www.amazon.com/ at the time of purchase will apply to the purchase of this product.
See All Product Reviews

The Worms Heart is a complete re-work of The Shins critically acclaimed March, 2017 album 'Heartworms'. The album offers new reworked versions of the 'Heartworms' album original tracks, and the sequence is flipped as well. The album is available digitally, on CD, and VINYL LP.

When James Mercer wrote, produced, and recorded the Heartworms album, he had this desire for an alternate version, an opposite version. The album's slow songs would be flipped and re-recorded as fast songs, and vice versa. The reasoning was to showcase the versatility and strength of his songwriting, and the result is The Worm's Heart. This 'flipped' collection is produced by Yuuki Matthews, Jon Sortland, & James Mercer; and is a must for any fan of The Shins.

Devil & God Are Raging Inside Me

only $2.96
Not Available
View Add to Cart