The Very Best of Robert Palmer 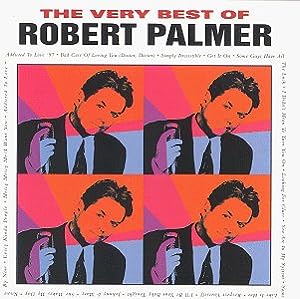 The Very Best of Robert Palmer

$11.70
As of 2021-04-11 05:18:14 UTC (more info)
Not Available - stock arriving soon
Buy Now from Amazon
Product prices and availability are accurate as of 2021-04-11 05:18:14 UTC and are subject to change. Any price and availability information displayed on http://www.amazon.com/ at the time of purchase will apply to the purchase of this product.
See All Product Reviews

We lost one of rock's great front men when Robert Palmer died in September. He had hits from the '70s to the '90s, with the Power Station's Get It On and Some Like It Hot in the middle. Those join Addicted to Love; Simply Irresistible; I Didn't Mean to Turn You On; Mercy Mercy Me/I Want You; Every Kinda People; Bad Case of Loving You (Doctor, Doctor) , and 10 more.

He could be the most low-key superstar in the entire pop arena. While almost anyone can name two or three Robert Palmer songs off the top of their head, it's startling to see all his monster hits packaged together and to realize just how many there were. Was Robert Palmer really this big and important? Actually, yes. With nineteen songs in this collection, ten are perennial FM staples--a higher number overall than anyone this side of ZZ Top. 1980's Clues is the critics' choice. But Palmer's commercial high point was 1985's Riptide and the Power Station album of the same year. All are well represented. For even more Palmer, try the two-part Addictions series. --Gavin McNett

The Very Best of the Meters