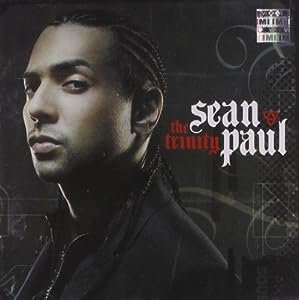 $4.43
As of 2021-03-26 00:23:31 UTC (more info)
Not Available - stock arriving soon
Buy Now from Amazon
Product prices and availability are accurate as of 2021-03-26 00:23:31 UTC and are subject to change. Any price and availability information displayed on http://www.amazon.com/ at the time of purchase will apply to the purchase of this product.
See All Product Reviews

Sean Paul is back with his 3rd album, The Trinity. Along with its spiritual reference, The Trinity also refers to Sean's signature mixture of the three elements of dancehall, hip hop and reggae. Atlantic. 2005.

Just try to sit still during the first few tracks on dancehall-reggae star Sean Paul's third album, The Trinity. It's a nearly impossible feat, and you're in need of a serious scolding if tracks "Head in the Zone," "We Be Burnin'," "Send It On" and "Ever Blazin" don't make your toes tingle. Paul introduced a worldwide audience to the dancehall scene via his explosive 2002 album, Dutty Rock, and he scored bigger pop creds via bouncy duets with Beyonce and Sasha. The Trinity refines Paul's pop sheen while still staying true to his Jamaican roots. Beats squish and slide seductively, tempered by staccato rhythms and Paul's self-assured, sexy delivery. Things take a serious turn halfway through The Trinity, specifically during "Never Gonna Be the Same." The sweet, sad song is a wistful ode to Paul's friend and mentor, Daddigon, along with several other lost loved ones. "Temperature" raises the heat, sister-duo Nina Sky pops up on "Connection," and Beyonce sound-alike Tami Chynn contributes airy vocals to "All On Me." But even with the help, the album's second half fails to match the ferocious intensity of the first few tracks. Program your player to repeat The Trinity's first five or six flavorful tracks and get busy, indeed. --Joey Guerra

only $8.38
Not Available
View Add to Cart