The Sun And The Moon from Island 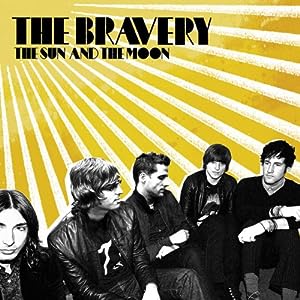 The Sun And The Moon from Island

$39.99
As of 2021-05-08 08:46:03 UTC (more info)
Not Available - stock arriving soon
Buy Now from Amazon
Product prices and availability are accurate as of 2021-05-08 08:46:03 UTC and are subject to change. Any price and availability information displayed on http://www.amazon.com/ at the time of purchase will apply to the purchase of this product.
See All Product Reviews

Description of The Sun And The Moon by Island

We are delighted to stock the fantastic The Sun And The Moon.

With so many on offer recently, it is wise to have a brand you can recognise. The The Sun And The Moon is certainly that and will be a great purchase.

For this great price, the The Sun And The Moon comes widely respected and is always a regular choice amongst most people. Island have included some excellent touches and this means good value for money.

After eight months off the road working on the completion of 'The Sun And The Moon',The Bravery are set to release their second Island Records album on May 22nd. The first single 'Time Won't Let me Go' is literally racing up the charts. Available now, you can listen to a medley of three new Bravery songs 'Believe','This Is Not The End' and single 'Time Won't Let Me Go exclusively on their official website www.TheBravery.com. The Sun An The Moon was produced and mixed by two-time Grammy Award winner Brendan O'Brien, best known for his work with Pearl Jam, Rage Against the Machine, Stone Temple Pilots, Neil Young, Red Hot Chili Peppers, and other multi-platinu acts. As reported on Billboard.com, the album is tipped to include'he Ocean' (an acoustic, string quartet-backed number, dealing with distances from loved ones). Other tracks include 'Believe,' 'Bad Sun,' and the harder edged 'Every Word Is A Knife In My War.'

Sam Endicott will probably never be taken seriously. Not after fronting a band called Skabba the Hut. Not after switching ridiculous dreadlocks for an even more ridiculous faux-hawk. And certainly not after taking a feud with the Killers' Brandon Flowers seriously. It's too bad because Endicott's band the Bravery has made a second album that is worth taking seriously. On The Sun and the Moon, the New York five-piece trades in the faux British accents and Duran Duran synthesizer flares of its self-titled 2005 debut for something a little more real. Bursting to life with sweeping, opulently textured songs like "This Is Not the End" and "Time Won't Let Me Go," it's a warmer and statelier set that seems somehow more dignified. Give or take a few stray lyrics, it could easily pass for the work of a band that has unexpectedly stumbled on credibility. --Aidin Vaziri

BRAVERY THE THE SUN AND THE MOON

Holding All The Roses