The Punisher by Wind-Up 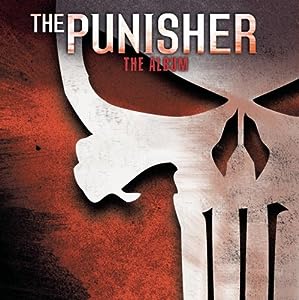 The Punisher by Wind-Up

$17.58
As of 2022-06-20 05:32:39 UTC (more info)
Not Available - stock arriving soon
Buy Now from Amazon
Product prices and availability are accurate as of 2022-06-20 05:32:39 UTC and are subject to change. Any price and availability information displayed on http://www.amazon.com/ at the time of purchase will apply to the purchase of this product.
See All Product Reviews

Description of The Punisher by Wind-Up

Top40 Music Store are delighted to present the brilliant The Punisher.

With so many on offer recently, it is good to have a make you can recognise. The The Punisher is certainly that and will be a excellent purchase.

For this price, the The Punisher comes highly respected and is always a popular choice amongst many people. Wind-Up have included some great touches and this results in great value for money.

The pop song-score is often accused of being little more than ancillary merchandising for many a film and the supporting evidence is often hard to deny. But this well-chosen collection of modern rock and metal for director Jonathan Hensleigh's adaptation of the vengeance-obsessed Marvel Comics anti-hero is a gratifying exception; apt sonic seasoning for the film's bleak, contemporary edge. The thrash of Hatebreed, Chevelle, and the new Drowning Pool lineup and tracks by more established acts like Puddle of Mudd, Nickelback, and Queens of the Stone Age (who turn in a smart, chunky cover of Romeo Void's Rock-of-the-80's staple, "Never Say Never") alone would make it a welcome rock-metal sampler. But its 19 tracks also encompass an intriguing range of lesser known bands and one-off collaborations (Seether and Amy Lee, Jerry Cantrell and Damageplan, Ben Moody/Jason Miller/Jason "Gong" Jones); all bristling with a dark, moody energy that perfectly echos the film's dour, relentlessly violent tone. -- Jerry McCulley