The Prince Of Egypt: Inspirational 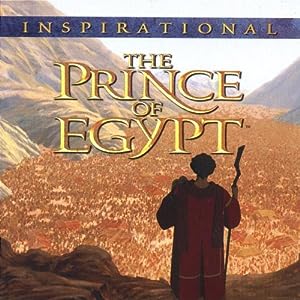 The Prince Of Egypt: Inspirational

$2.89
As of 2020-09-19 18:40:04 UTC (more info)
Not Available - stock arriving soon
Buy Now from Amazon
Product prices and availability are accurate as of 2020-09-19 18:40:04 UTC and are subject to change. Any price and availability information displayed on http://www.amazon.com/ at the time of purchase will apply to the purchase of this product.
See All Product Reviews

The Prince Of Egypt: Inspiratio

Since Prince of Egypt is the story of Moses, an inspirational "inspired" soundtrack would seem like more of a natural extension of the film than the Nashville segment might. Several tracks stand out: "Power," by Fred Hammond and Radical for Christ, has a nice, traditional gospel flavor, as do three interspersed interludes known as "Most High." "God Will Take Care of Me" and "I Am," by Donnie McClurkin, both have a cinematic flare that could have fit in the film. Unfortunately, the compilation gets dragged down by some run-of-the-mill Christian pop: "Didn't I," by the creatively named Christian; "As Long As You're with Me," by the confusingly named Trin-i-tee 5:7; and "Everything in Between," by Jars of Clay. --Aaron Tassano

I Walk With God