The Mission: Original Soundtrack From The Motion Picture 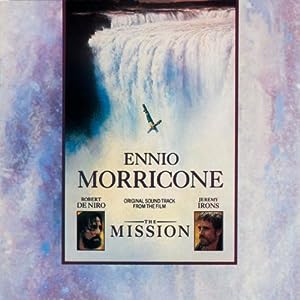 The Mission: Original Soundtrack From The Motion Picture

$6.72
As of 2022-09-25 01:52:11 UTC (more info)
Not Available - stock arriving soon
Buy Now from Amazon
Product prices and availability are accurate as of 2022-09-25 01:52:11 UTC and are subject to change. Any price and availability information displayed on http://www.amazon.com/ at the time of purchase will apply to the purchase of this product.
See All Product Reviews

Ennio Morricone's Academy Award-nominated score captures the conflict between 18th-century Jesuit missionaries trying to convert the native Indians, and the slavers who want to destroy them. In keeping with the serious subject matter and epic scope of Roland Joffé's film, the score is by turns grave, lyrical, and tense. Ever inventive, Morricone mixes liturgical chorales, native drumming, and Spanish-influenced guitars, often in the very same track, to capture the drama of the culture clash. His trademark lyricism also comes through, notably in the beautiful themes for "Gabriel's Oboe" and "The Mission." Not as over-the-top as his well-known spaghetti Western scores, The Mission shows Morricone at his dramatic best. --Heidi MacDonald