The Legend of Johnny Cash by Hip-O Records 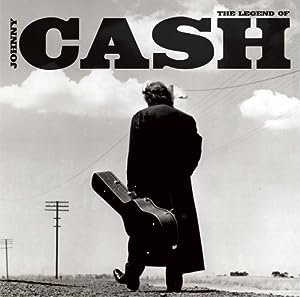 The Legend of Johnny Cash by Hip-O Records

$8.09
As of 2021-09-21 14:35:10 UTC (more info)
Not Available - stock arriving soon
Buy Now from Amazon
Product prices and availability are accurate as of 2021-09-21 14:35:10 UTC and are subject to change. Any price and availability information displayed on http://www.amazon.com/ at the time of purchase will apply to the purchase of this product.
See All Product Reviews

Description of The Legend of Johnny Cash by Hip-O Records

Top40 Music Store are delighted to stock the brilliant The Legend of Johnny Cash.

With so many available recently, it is great to have a make you can recognise. The The Legend of Johnny Cash is certainly that and will be a perfect buy.

For this great price, the The Legend of Johnny Cash comes highly recommended and is always a popular choice with lots of people. Hip-O Records have provided some great touches and this results in great value.

Johnny Cash's death at age 71 on September 12, 2003, nearly four months after the passing of his beloved wife and musical partner June Carter Cash, closed a career spanning nearly an even half a century. It launched a worldwide groundswell of grief and media attention comparable to that for a deceased head of state. Cash was far more than one of country music's greatest stars. While his lonesome baritone defied fad or fashion, his charismatic presence and flinty integrity made him an American cultural icon, a regular presence on TV, radio and in dramatic films, admired by the Greatest Generation through Gen-X and beyond. This Fall, 20th Century Fox will be releasing a film on November 18, 2005 based on the first 30 years of Johnny Cash's life. The film features several of the songs that appear on The Legend Of Johnny Cash including 'Cry! Cry! Cry!', 'Hey Porter', 'Folsom Prison Blues', 'I Walk The Line', 'Get Rhythm', 'Ring Of Fire' and his duet with June Carter 'Jackson'. Hip-O. 2005.

This introduction to the Man in Black's catalog is about as fine a one as can be found on one disc, primarily because the 21 classic tracks span J.R. Cash's entire career, from his first rockabilly single, "Hey, Porter"/"Cry! Cry! Cry!" (Sun Records, 1955), to his last significant alt-country tracks (American Recordings, 2003). Though Cash had his peaks and valleys in the studio, what shines brightly on this collection is how constant--how unwavering--his creativity remained, whether he was writing and performing original material or interpreting the work of others. His voice, too, remained a majestic thing of wonder, even as Cash often sang off-beat; settled his bass-baritone somewhere around, if not on the note; and cared more about power and emotion than strict rules of measure--something that became especially important as illness changed his great oaken voice into a frail instrument. In this way, he was able to infuse novelty songs ("One Piece at a Time," "A Boy Named Sue") with undeniable cool and maintain the poetry of Kris Kristofferson's "Sunday Morning Coming Down" even in the awful advent of a gloppy, too-peppy string section. Other chestnuts here take on new dimension in retrospect. "Jackson," a duet with wife June Carter Cash, seemed almost comedic ("hotter than a pepper sprout") when it was released, but now reveals the couple's own white-hot sexuality, primarily in June's elegant, if straightahead vocal. The surprise of The Legend of Johnny Cash is how seamlessly the newer material blends with the seminal, and how full-circle it sometimes comes: Soundgarden's "Rusty Cage" doesn't seem markedly different from the quietly defiant songs that Cash defined himself with in the '50s and early '60s. Yet the compilation producers, like Cash himself, saved the best for last. "Hurt," Trent Reznor's poignant meditation on addiction, is devastating as written, but becomes a thing of terrible beauty in the ailing Cash's ravaged, autobiographical delivery. Sequenced as the final cut on the album, it ends with a kind of shocking void; stunning in its intensity, dropping the listener off a cliff of something very akin to grief. No artist, no matter what genre, could have planned a more haunting exit. --Alanna Nash

Buy Me A Boat