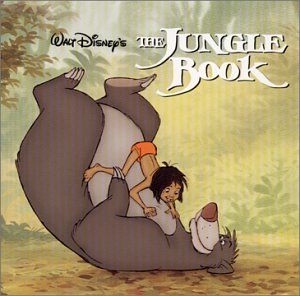 $2.98
As of 2022-11-21 00:51:06 UTC (more info)
Not Available - stock arriving soon
Buy Now from Amazon
Product prices and availability are accurate as of 2022-11-21 00:51:06 UTC and are subject to change. Any price and availability information displayed on http://www.amazon.com/ at the time of purchase will apply to the purchase of this product.
See All Product Reviews

At the height of Beatlemania, the Disney folks were teaching kids how to really swing with this soundtrack to their adaptation of Rudyard Kipling's The Jungle Book. Of course, it's Phil Harris (the voice of everyone's favorite hipster bear Baloo) who steals the show with the original slacker anthem, "The Bare Necessities," but his scat match with an inspired Louis Prima on "I Wan'na Be Like You (The Monkey Song)" is also not to be missed. Songwriters Richard and Robert Sherman--who clearly enjoyed playing the irony card on songs like "Trust in Me (The Python's Song)" and "That's What Friends Are For" (The Vulture Song)"--offer entertaining reminiscences about the project in a 12-minute bonus track. George Bruns's wonderful underscore, a couple early song demos, and two post-soundtrack Baloo numbers round out a collection that suggests, in the most charming way imaginable, that it really is a jungle out there. --Bill Forman

American Girl: Isabelle Dances Into The ...

Songs From Beauty & The Beast