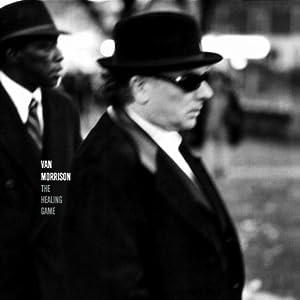 $6.99
As of 2021-07-26 23:51:17 UTC (more info)
Not Available - stock arriving soon
Buy Now from Amazon
Product prices and availability are accurate as of 2021-07-26 23:51:17 UTC and are subject to change. Any price and availability information displayed on http://www.amazon.com/ at the time of purchase will apply to the purchase of this product.
See All Product Reviews

Cranky, sly, dour, ecstatic, Van Morrison treads his own stubborn pilgrimage through blues, jazz, R&B, Celtic rays, and their ineffable junction in his own music. This 1997 album distills the renewed focus on blues and jazz sources that shaped much of his '90s work, noteworthy for its concision--this is one of his leanest, least expository sets in recent years, paring the arrangements down to the guts of the generally fine material. "Rough God Goes Riding" kicks off, an archetypal Morrison anthem that could have fit snugly on Moondance, no mean achievement after all these years, yet consistent with this marathon runner's ability to turn up vivid images and engaging grooves. There's a decided gospel fervor to the interplay of the frontman's salty vocals and his soulful choral partners, never more so than on the sublime title song. --Sam Sutherland