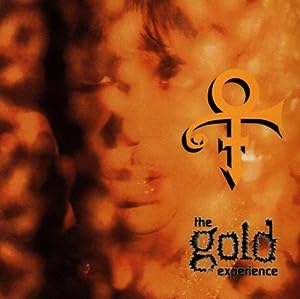 $89.95
As of 2022-11-22 21:00:39 UTC (more info)
Not Available - stock arriving soon
Buy Now from Amazon
Product prices and availability are accurate as of 2022-11-22 21:00:39 UTC and are subject to change. Any price and availability information displayed on http://www.amazon.com/ at the time of purchase will apply to the purchase of this product.
See All Product Reviews

Available again after being deleted for years! Originally re lesed in 1995. 12 tracks including 'The Most Beautiful Girl In The World'.

Prince Rogers Nelson is the most talented musician of his generation, but he has often seemed strangely out of sync with his own time. Performing under the single name of Prince, he mixed European American and African American musics like few others in history. Yet his extravagant obsessions with sex, religion, and dance grooves made him a stranger in the strange land of rock & roll, while his melodic genius and instrumental virtuosity made him the odd man out in an R&B world dominated by programmed rhythm machines. Perhaps that's why Nelson abandoned the stage name of Prince and adopted an unpronounceable symbol as his nom de musique. The Gold Experience is Nelson's first full-length album released under his symbol moniker and it's his strongest work under any name since 1990's Graffiti Bridge. Less a new direction than a return to the hard-edged funk of 1987-88's Sign o' the Times and The Black Album, The Gold Experience is better than either of those albums because this time the stripped-down rhythms have been bolstered by lots of guitar. In other words, the most effective integrationist in pop music has married deep-groove funk to in-your-face rock guitar--without sacrificing his usual gift for melody and harmony. Nelson has long been one of the best guitarists around, but because his licks were usually buried deep in his thickened arrangements, his chops weren't always obvious. In the more open arrangements here, they're pretty hard to miss. With this raw music come some rather raw lyrics, counterbalanced by a genuinely romantic ballad and two gospel-rooted songs lamenting the current state of American society. --Geoffrey Himes