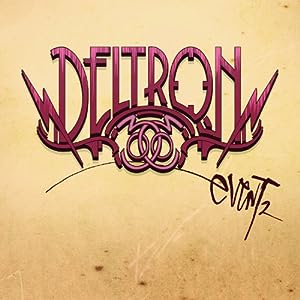 $8.78
As of 2021-07-04 16:33:31 UTC (more info)
Not Available - stock arriving soon
Buy Now from Amazon
Product prices and availability are accurate as of 2021-07-04 16:33:31 UTC and are subject to change. Any price and availability information displayed on http://www.amazon.com/ at the time of purchase will apply to the purchase of this product.
See All Product Reviews

Deltron 3030 is composed of a trinity of alt-rap all-stars: Master lyricist Del Tha Funkee Homosapien, superproducer Dan 'The Automator' Nakamura and virtuoso turntablist DJ Kid Koala. Individually, they stand at the top of their respective musical disciplines; together, on the eponymous Deltron 3030, they warped space, bent time, transcended genre and blew minds, creating an album that still stands today as one of the most important records in the annals of underground hiphop.

Now, over a decade later, they re finally releasing the long-awaited follow-up to their debut an album titled Deltron 3030: Event II. "This time, the album has a specific story," says Del. "The Deltron world has gone too far with technology. Everything's destroyed, and you just see the remnants of our technology. The streets are run by criminals, the police are outnumbered and outgunned, and we're like pirates, running rogue, doing what we do to survive. That's the scene of it. We're trying to be as literary as possible while dealing with a musical format. I don't know if you could even categorize this as a hip hop album - it's more like a rock opera, but using rap."

He notes that the words, music and narrative have been deliberately chosen to put listeners into a specific emotional state. "This record took 13 years, and the whole time fans are telling us we better come out with Deltron right now - quit teasing me," laughs Del. "Well, this is beyond a regular album. Because I would say, me, Dan and Koala, we aren't limited by what other rap groups do - we're musicians first. I studied music theory for ten years. Dan and Koala been learning music since they were kids. We're bringing it all together here, everything, and the fans, the critics, they all going to be surprised by what we got. You'll see."