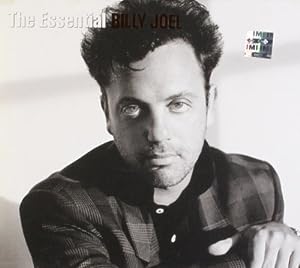 $12.67
As of 2022-06-25 13:56:07 UTC (more info)
Not Available - stock arriving soon
Buy Now from Amazon
Product prices and availability are accurate as of 2022-06-25 13:56:07 UTC and are subject to change. Any price and availability information displayed on http://www.amazon.com/ at the time of purchase will apply to the purchase of this product.
See All Product Reviews

A full 34 of his hits plus two newly recorded tunes! Every favorite's here- Piano Man; Just the Way You Are; My Life; You May Be Right; Tell Her About It; Uptown Girl; We Didn't Start the Fire; Only the Good Die Young; It's Still Rock and Roll to Me; The River of Dreams; Honesty; Allentown , and more.

Early in his career, Billy Joel seemed cynical about fame, even as that distrust bore strange fruit: mainstream superstardom (thanks to "Just the Way You Are," "Honesty," and "My Life") and multiple Grammy awards, as well as the critic's-whipping-boy status that went with them. Maybe it was that restlessness--or undiluted cynicism--that inspired left turns into roots and nostalgia (the spunky "It's Still Rock & Roll to Me," "You May Be Right," "Uptown Girl," and "The Longest Time") as his career peaked. Perhaps not surprisingly, not long after Joel's songs seemed to find their most satisfying balance of angst and mature reflection on songs like "Storm Front" and "River of Dreams," he threatened to bolt the pop music business altogether. The 2001 recordings of "Waltz No. 1" and "Invention in C Minor" that round out this set are the unlikely products of Joel's commitment to classical music. Billy Joel remains both a true, if oft-lambasted, American pop icon and that rarest of animals: a bonafide crowd-pleaser with a serious case of 'tude. Both are well chronicled here. --Jerry McCulley