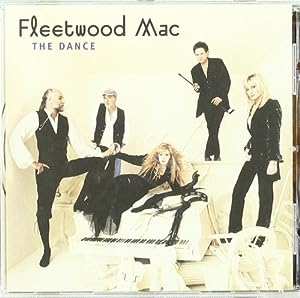 $3.94
As of 2023-02-03 22:55:57 UTC (more info)
Not Available - stock arriving soon
Buy Now from Amazon
Product prices and availability are accurate as of 2023-02-03 22:55:57 UTC and are subject to change. Any price and availability information displayed on http://www.amazon.com/ at the time of purchase will apply to the purchase of this product.
See All Product Reviews

Fleetwood Mac's 1997 reunion could have been the kind of event that works on video--great concert, after all--but ends up not paying off in repeated listenings on CD. But The Dance, while concentrating on the group's '70s and '80s triumphs, finds the Mac energy running high and impassioned. New songs like "Temporary One" and "Bleed to Love Her" are fine additions to the canon, while "Everywhere" and "Say You Love Me" both breeze along the way you remember them and manage a reinvention in the live setting. The dark side of the vision is accounted for with Lindsey Buckingham's crazed solo "Big Love," but best of all is "Silver Springs," wherein Stevie Nicks tears the roof off the sucker and sets fire to the rubble. --Rickey Wright

Catch the Rainbow: The Anthology

The Very Best of the Eagles