The Concert for Bangla Desh 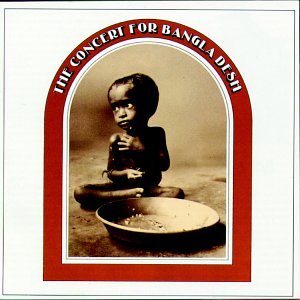 The Concert for Bangla Desh

This CD is an out of print collectible! It is the original 1991 release in the fat double jewel case.

George Harrison's social and spiritual conscience had been an increasingly dominant force in the Beatles' final years, and his landmark 1970 solo album, All Things Must Pass, wasted little time giving it a remarkable, Phil Spector-produced forum. Harrison took the spotlight that album's success afforded and next turned it on the dire circumstances then afflicting the young nation of Bangladesh. Gathering most of the sidemen from the All Things album, and a lineup of stellar friends (Bob Dylan, Leon Russell, Eric Clapton, Ravi Shankar) and former Apple cronies (Ringo Starr, Badfinger, Billy Preston), Harrison set about staging some hastily organized benefit concerts at Madison Square Garden. This album resulted, and while its sonic imperfections sometimes belie the show's haphazard organization, it's nonetheless still the one of the greatest efforts of its genre. The All Things material gets a lively live workout, while Russell very nearly steals the show. The occasion also marked Dylan's return to live performance after a long absence. Jerry McCulley

only $2.45
Not Available
View Add to Cart

Best Of The Wailers Beverley's Records