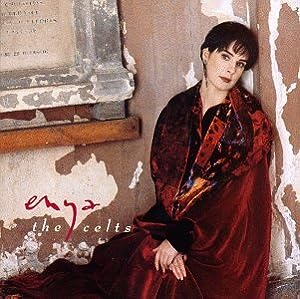 $9.35
As of 2022-11-27 11:13:37 UTC (more info)
Not Available - stock arriving soon
Buy Now from Amazon
Product prices and availability are accurate as of 2022-11-27 11:13:37 UTC and are subject to change. Any price and availability information displayed on http://www.amazon.com/ at the time of purchase will apply to the purchase of this product.
See All Product Reviews

Born Eithne Ni Bhraonain, this classically-trained pianist was kid sister in the musical family that became Clannad, joining the Irish band in 1979 but dropping out amicably three years later to pursue her own muse. This music, produced in the mid-'80s as the soundtrack to a BBC series, was released as her debut in 1987 and promptly ignored--yet its mix of atmospheric soundscapes and Enya's lush, layered vocals, sung in both English and Gaelic, is the template for her subsequent global hits, beginning with Watermark the following year. --Sam Sutherland

only $8.36
Not Available
View Add to Cart

The Music of the Grand Canyon

only $9.46
Not Available
View Add to Cart