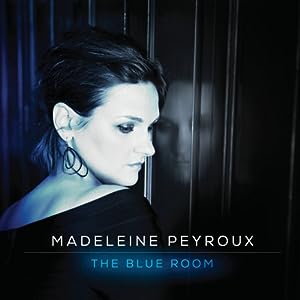 $5.26
As of 2022-09-28 14:39:00 UTC (more info)
Not Available - stock arriving soon
Buy Now from Amazon
Product prices and availability are accurate as of 2022-09-28 14:39:00 UTC and are subject to change. Any price and availability information displayed on http://www.amazon.com/ at the time of purchase will apply to the purchase of this product.
See All Product Reviews

Celebrated and Award-winning jazz singer, songwriter, and guitarist, Madeleine Peyroux gears up to release her inspired new album, THE BLUE ROOM, March 5, 2013 on Decca. The album is a return to what she is known best for reinterpreting songs with an emotion and depth that cant help but touch the soul.

THE BLUE ROOM features Madeleine reinterpreting songs from Ray Charles seminal album MODERN SOUNDS IN COUNTRY & WESTERN MUSIC, as well as others from legendary artists such as Randy Newman and Leonard Cohen, whose legacies are herein enveloped into a similar melting pot of the variety of American popular song.

Released in the summer of 1962, MODERN SOUNDS was a daring album for Charles as it broke the mold of what was expected from him, and in turn, truly represented artistic freedom something that clearly inspires Peyrouxs album THE BLUE ROOM.

Conceived and produced by the legendary GRAMMY-Award winner Larry Klein (Joni Mitchell, Tracy Chapman, Herbie Hancock), he says, Rays cultural landmark of an album has always been a part of me. I have loved this album ever since I can remember and I knew that Madeleine would be the perfect voice to bring it to the forefront again.

Reexamining this album is an ideal project for the multi-talented Madeleine Peyroux, because she comes from that same rare place as Ray Charles the junction of jazz, country and blues. The Brooklyn and Paris-bred artist, with a New Orleans pedigree, Peyrouxs soulfully piercing voice and eclectic musical mix makes for magnificent story-telling. And that is exactly what each of the songs on THE BLUE ROOM does tell a story but from her own perspective. Infusing her own vision and reinterpretation of the songs with modern sensibility, Peyroux brings elements of jazz, country and blues into each song, while evoking a depth of emotion and sound of such legends as Billie Holiday, Patsy Cline, Edith Piaf, and Bob Dylan.

Featuring sparse arrangements, each of the 11 tracks on the album sets a tone and mood that respects where the originals came from, but offers a modern reinterpretation of each song. Truly an inspired record, THE BLUE ROOM features five other tracks that Madeleine felt could accompany Charles seminal album.