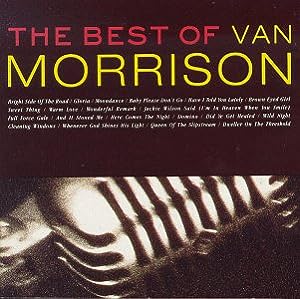 $10.84
As of 2022-11-23 03:34:51 UTC (more info)
Not Available - stock arriving soon
Buy Now from Amazon
Product prices and availability are accurate as of 2022-11-23 03:34:51 UTC and are subject to change. Any price and availability information displayed on http://www.amazon.com/ at the time of purchase will apply to the purchase of this product.
See All Product Reviews

Import pressing of this ace collection now deleted in the US! Van Morrison has boldly followed his own musical path since the '60s and this compilation proves that he has the talent to match his own vision. From the early days with Them ('Gloria') through his critically successful solo career ('Moondance', 'Brown Eyed Girl', 'Have I Told You Lately'), he remains one of the most beloved and influential artists in modern music, 20 tracks total, also including 'Jackie Wilson Said (I'm In Heaven When You Smile)', 'Domino', 'Here Comes The Night' and more. Universal. * Please note this version is not remastered.

Van Morrison reputedly wasn't crazy about the idea of a greatest-hits package, and this set's haphazard programming--which leaps from period to period, style to style, tossing in two key singles by his mid-'60s band Them-- speaks to his lack of involvement. Still, it rivals Moondance as Morrison's most popular album, and for a reason: like that classic, it offers one deeply soulful, spiritually and musically thoughtful track after another. Much of his more "difficult" work is ignored here; in fact, Best Of... gives us an intriguing picture of a Van almost eager to please. --Rickey Wright