The Best of the Moody Blues: 20th Century Masters-(Millennium Collection) 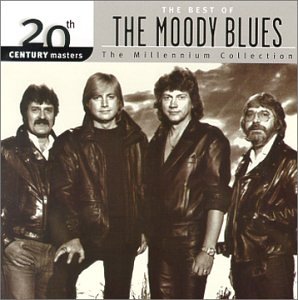 The Best of the Moody Blues: 20th Century Masters-(Millennium Collection)

$12.20
Not Available - stock arriving soon
Buy Now from Amazon
Product prices and availability are accurate as of and are subject to change. Any price and availability information displayed on at the time of purchase will apply to the purchase of this product.
See All Product Reviews

Is there another band from the classic rock era that's as full of hot gas as the Moody Blues? Not bloody likely. With music that oozes neoclassical pretensions and lyrics that read like the poetry of an English schoolboy who has breathed a little too deep of the gathering gloom, the Moodys showed just how terminally silly rock could get once it became established enough in the marketplace to begin to put on artistic airs. Even if you find that assessment of their work overly harsh, you'll agree that this, the latest in a long line of Moodys anthologies, is a poor value. Despite the presence of many of their U.S. chart hits, the set pales next to The Best of the Moody Blues, which includes six more songs, notably "Go Now," proof that when the Moody Blues first made the charts, they were a very different sort of band. What the heck happened? --Daniel Durchholz

only $6.17
Not Available
View Add to Cart