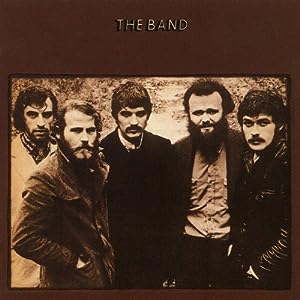 $7.15
As of 2021-04-16 02:50:03 UTC (more info)
Not Available - stock arriving soon
Buy Now from Amazon
Product prices and availability are accurate as of 2021-04-16 02:50:03 UTC and are subject to change. Any price and availability information displayed on http://www.amazon.com/ at the time of purchase will apply to the purchase of this product.
See All Product Reviews

Robertson and his mates had the songs and the sound to make an all-time classic with their second LP. This hit #9 in '69; this reissue has two versions each of The Night They Drove Old Dixie Down; Rag Mama Rag , and Up on Cripple Creek plus more bonus tracks!

Popularly known as the "Brown Album," this is the collection people first think of when this august outfit's name is mentioned. The four-parts Canadian, one-part Arkansan quintet's sophomore effort boasts more soon-to-be-staples than any other Band studio recording, what with the likes of the Joan Baez hit "The Night They Drove Old Dixie Down," "Across the Great Divide," and "Up on Cripple Creek" standing out among the dozen uniformly memorable tracks. Lesser-known group originals such as the achingly lovely "Whispering Pines" and the cryptic "Unfaithful Servant," however, play crucial roles in giving this 1969 classic its unique flavor. Given the high standard established by The Band and its better-still 1968 predecessor, Music from Big Pink, it's not surprising the Band peaked early as a recording group. As with all the 2000 Band reissues, this remastered reissue boasts a number of bonus tracks, though all but "Get Up Jake" are alternate takes of album selections. --Steven Stolder

BAND THE THE BAND

Just Before The Bullets Fly