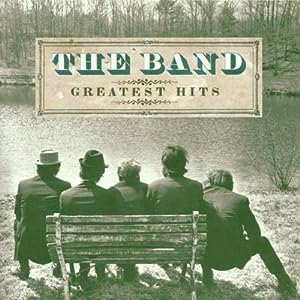 $6.55
As of 2022-06-29 06:53:42 UTC (more info)
Not Available - stock arriving soon
Buy Now from Amazon
Product prices and availability are accurate as of 2022-06-29 06:53:42 UTC and are subject to change. Any price and availability information displayed on http://www.amazon.com/ at the time of purchase will apply to the purchase of this product.
See All Product Reviews

Ex-Band members Levon Helm, Robbie Robertson and Garth Hudson supervised this release, which does an impressive job of boiling down some of the greatest rock albums ever into one 18-track collection. Four tracks each from Music from Big Pink (The Weight; Tears of Rage; Chest Fever; I Shall Be Released ) and The Band (Up on Cripple Creek; The Night They Drove Old Dixie Down; Rag Mama Rag; King Harvest ) join 10 more from their other classic LPs. Essential.

It seems odd that the Band emerged in 1968, defying the counterculture's extravagant rejections of U.S. culture with literary, often Southern-tinged musical and lyrical vehicles. Hearing this 18-song anthology, with its heavy weighting toward the Canadian quintet's first three albums--Music from Big Pink (four tunes), The Band (five tunes), and Stage Fright (three tunes)--what still stands out is the Band's command of yearning vocal harmonies, their sense of plainly laid melodies that reveal acoustic depth, and a nostalgia for an imagined American culture. With all their quirkiness and the advance of Robbie Robertson as their centerpiece, the Band lost their celebrated place in the rock pantheon within a decade. This set, which opens so magnificently with "The Weight," "Tears of Rage" (cowritten with Dylan), and the big organ-vamping "Chest Fever," declines rather steeply on the final tracks, "Acadian Driftwood" and "The Saga of Pepote Rouge." Up till then, however, this set is fantastic. --Andrew Bartlett