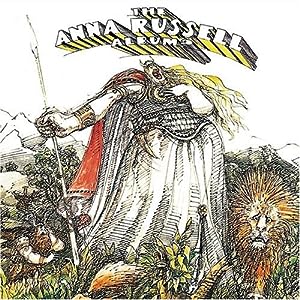 $6.48
As of 2021-04-20 12:39:40 UTC (more info)
Not Available - stock arriving soon
Buy Now from Amazon
Product prices and availability are accurate as of 2021-04-20 12:39:40 UTC and are subject to change. Any price and availability information displayed on http://www.amazon.com/ at the time of purchase will apply to the purchase of this product.
See All Product Reviews

This set of Anna Russell's inspired satirical monologues should be labeled with a warning notice. Why? Because after listening to her whirlwind explication of Wagner's Ring Cycle, even the most confirmed Wagnerite will be unable to listen to the Ring for weeks to come. Just listening to Russell declare in an incredulous voice: "I'm not making this up, y'know" is enough to induce you to shed bucketloads of laughter-induced tears. Gilbert and Sullivan fans will find their heroes savaged in her concoction of a typical G&S product, complete with a soprano lead who "loves below her station." Other targets include "the nymphs and shepherds" style of quavery English singing, complete with "hey-nonny-nonny's," coloratura mad scenes, and much else, including Russian folk songs, like her "Da, nyet, da, nyet." This disc is packed with laughs, chuckles, smiles, and everything. --Dan Davis

The Ugly One With The Jewels And Other S...

The End Of The Universe from Lewis Black...