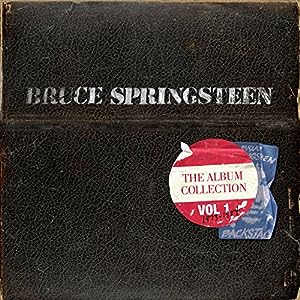 $41.99
As of 2021-04-15 21:31:54 UTC (more info)
Not Available - stock arriving soon
Buy Now from Amazon
Product prices and availability are accurate as of 2021-04-15 21:31:54 UTC and are subject to change. Any price and availability information displayed on http://www.amazon.com/ at the time of purchase will apply to the purchase of this product.
See All Product Reviews

'Bruce Springsteen: The Album Collection Vol. 1 1973-1984,' is a boxed set comprised of remastered editions of the first seven albums recorded and released by Bruce Springsteen for Columbia Records between 1973 and 1984. All of the albums are newly remastered (five for the first time ever on CD) and all seven are also making their remastered debut on vinyl.

The seven albums are recreations of their original packaging and the set is accompanied by a 60 page book featuring rarely-seen photos, memorabilia and original press clippings from Springsteen's first decade as a recording artist.