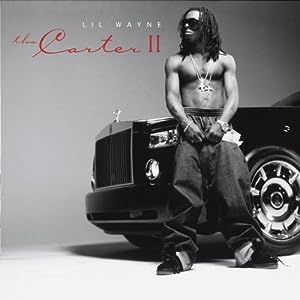 $7.90
As of 2022-11-21 02:10:12 UTC (more info)
Not Available - stock arriving soon
Buy Now from Amazon
Product prices and availability are accurate as of 2022-11-21 02:10:12 UTC and are subject to change. Any price and availability information displayed on http://www.amazon.com/ at the time of purchase will apply to the purchase of this product.
See All Product Reviews

For his fifth album, Lil' Wayne has stretched his wings further artistically than ever before. Besides utilizing the production talents of the legendary Mannie Fresh, he's also enlisted beats from the up and coming team Doe Boys in addition to self producing some cuts as well. Fans can expect special guest appearances from CMR artists such as Baby, Mannie Fresh, Lil'Mo, and other CMR Artists. The first blast from the album is the red-hot anthem, 'Fireman'. Universal. 2005.

Who would have thought back in the Hot Boys' early days that it'd be Lil Wayne who not simply survived his older peers like Juvenile, but ended up thriving by the time he reached Tha Carter, vol. 2, Weezy’s fourth album. He sounds more confident as an MC--but more importantly, he wields a genuinely impressive array of different styles (as opposed to countless one-note rappers), from the chattering, thuggish "Fireman" and the languid style of "Oh No" to the emotional, introspective "Feel Me." In some ways, he actually bears a resemblance to rap's other major "Carter" (Jay-Z), not just in his increasingly effortless flow but in his assertiveness as a leader. In other words, he's matured in all the right ways as an artist. His album is still longer than it needs to be--22 tracks, 77 minutes--but even the filler is listenable while the best songs, like "Receipt," "Shooter," and "Hustler Musik" help establish this as one of 2005's last great albums. --Oliver Wang